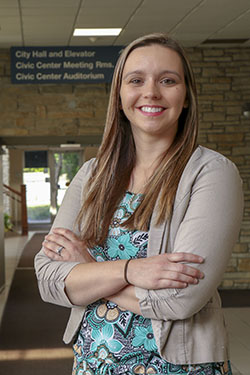 The Common Council appointed Melanie Kollmansberger the City of Wauwatosa’s City Clerk in July 2019. Kollmansberger was previously the deputy clerk for four years in Wauwatosa. She also worked for two other municipalities in clerk services and is a Wisconsin Certified Municipal Clerk.

The city clerk is the local elections official, keeper of municipal code and city records, handler of licensing, and minute tracker. She also assists with voter registration, absentee ballots, appeals for Board of Review, and may serve on other committees.