We are in the process of developing our 2021 budget. We created this page so you can follow along and learn more about what's in the city budget, the timeline of its development, and links to the public meetings where it's discussed so you can watch the video of the meetings or read the minutes online.

What is a budget?

A budget is the city's yearly revenue and expenditure plan. However, it is much more than a financial document. It is one of the central policies adopted by the Common Council each year with the aim of responsibly stewarding city resources and effectively providing city services. There are three major budgets adopted by the city each year:

How is the budget developed?

The city's budget is created in conjunction with the Common Council, the Mayor, city staff, and the public considering the fiscal and policy goals for the upcoming year. 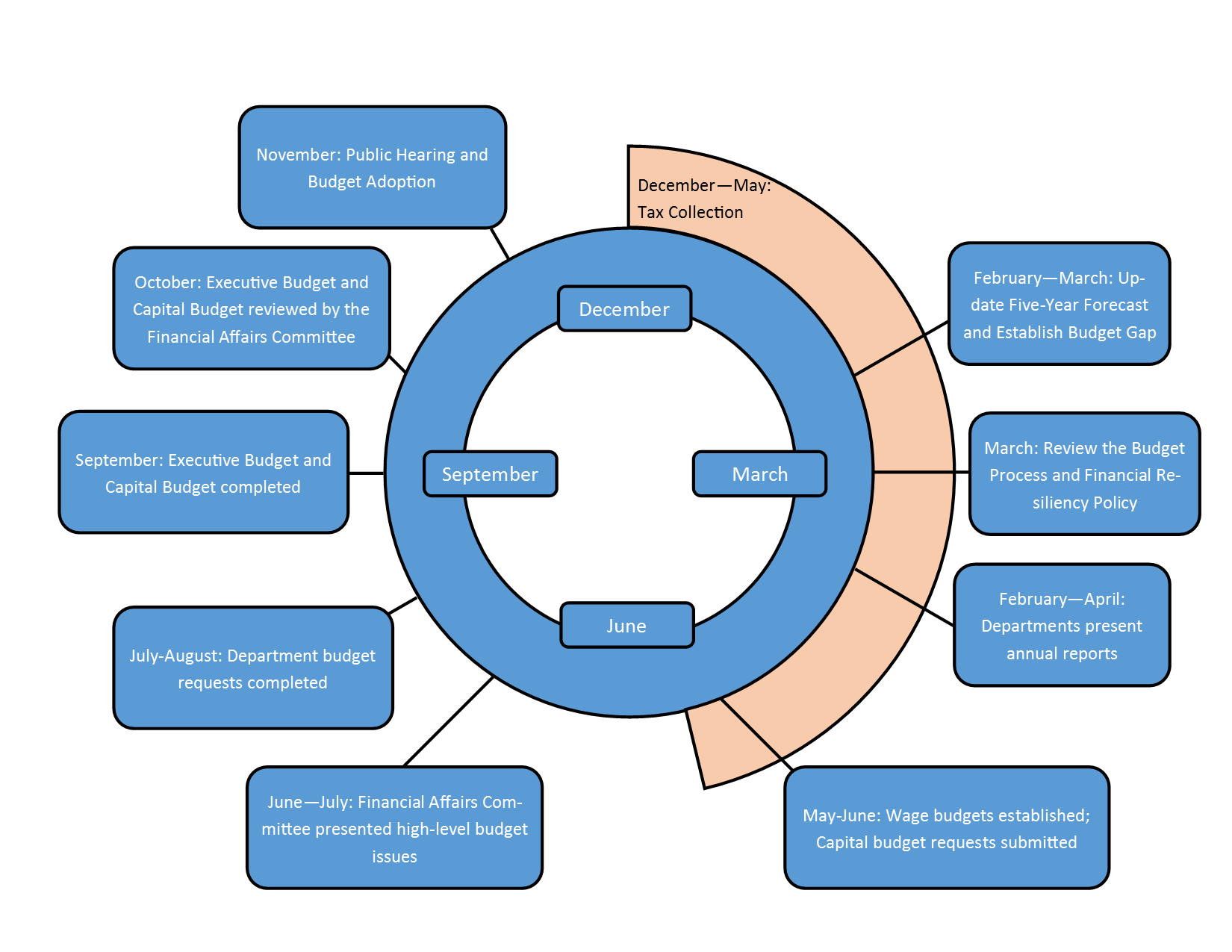 What are the cities main revenues and expenditures?

Wauwatosa, like most municipalities in Wisconsin, relies heavily on the property tax. This is due to multiple factors including declining shared revenues from the state and limited options for alternative taxes by state law. The State of Wisconsin also imposes a tax levy limit on municipalities which ties allowable increases in the property tax levy to net new construction within the city.

Unlike a business, city government exists, not for profit, but to deliver services to and protect its residents, and therefore most of its expenditures in all categories go toward the wages and benefits of the employees delivering those services.

How does the city balance its budget?

Whenever there is a gap between revenues and expenditures, the city has basically three options to close it:

Cutting expenditures does not always mean reducing government services, though it is often necessarily the case. Ideally, when city staff needs to reduce expenditures, they will first look for ways to make current operations more efficient and less expensive.

It's important to note, however, that there are only so many efficiencies to be found before reducing service levels becomes necessary, and therefore finding more efficient means alone is not an adequate long-term solution.