1895 - On July 10, there was a large fire that damaged 6 buildings and destroyed 13 building. 63 people were left homeless and 19 businesses were lost. Residents began to see a need for improved services and fire protection.

1898 - On August 2, city leaders arranged for the storage of a fire wagon in a barn. A separate agreement was made with a stable owner to provide horses and a driver at $1 per call.

1899 - The common council organized the Wauwatosa Fire Department (WFD) and J. D. Warren was sworn in as the first Fire Chief with ten members. 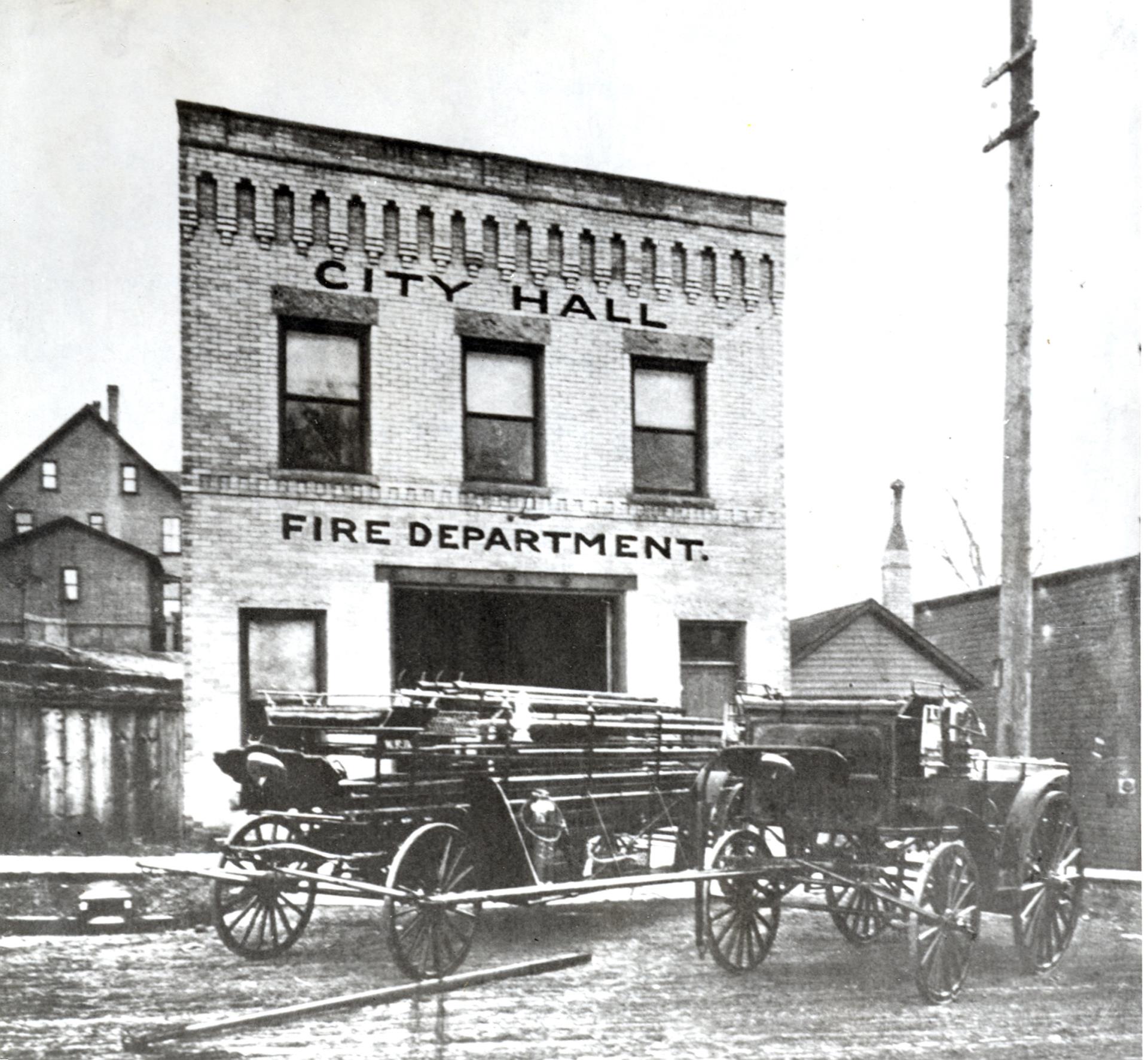 1900 - Construction was completed of the original building to house City Hall and the Fire Department. The Fire Department was on the first floor and City Hall on the second. This building still stands at 1430 Underwood Avenue. Members were paid $20 per year. They were alerted to emergency calls by a steam whistle. The firefighters built a wagon for a hook and ladder company.

1917 - A 22 minute delay reaching a residential fire led the common council president to call to motorize the department and to purchase of a hose truck for $6,500. When the new vehicle arrived, the firefighters stripped the chrome and donated it to the war effort (World War I).

1939 - We became a full time department of 40 members. Members worked an 84 hour work week and trainings were held on Sundays.

1942 - A new firehouse was opened at 1463 Underwood Avenue (removed in 2010). This year 12 people were killed and 6 were injured at the Forsyth Warehouse when the fourth floor concrete collapsed. 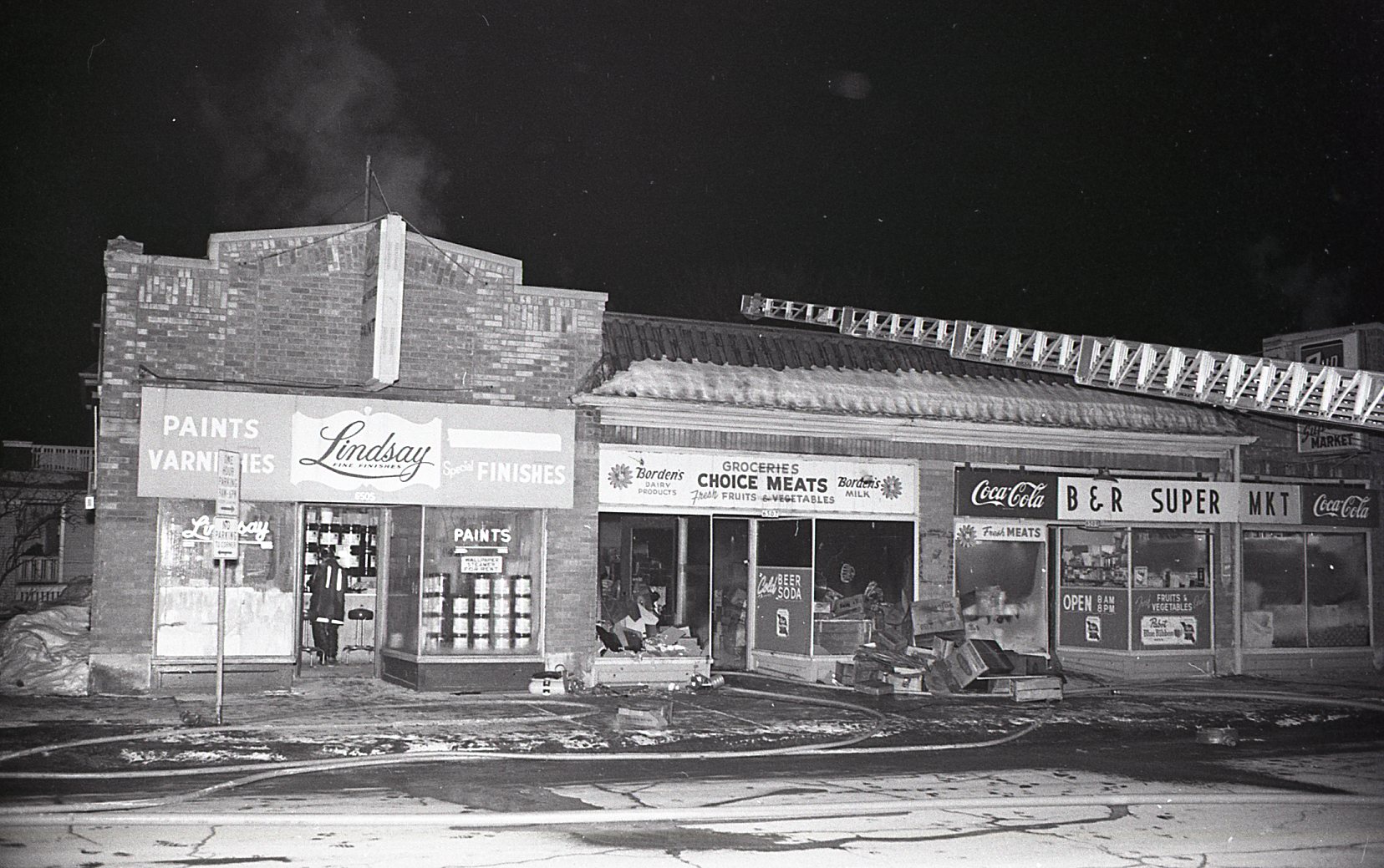 1964 - 4 dispatchers were hired to staff the dispatch center.

1966 - A fire department training area was completed at the city's public works yard.

1980 - The Wauwatosa Rotary Club raised funds to purchase the first hydraulic extrication tool for the department. The common council approved a 60 year contract with Milwaukee County to provide fire protection services at the Milwaukee County Grounds.

1982 - In December, a joint Fire-Police Dispatch Center began at the Wauwatosa Police Station.

1983 - Fire Station #3 was completed and dedicated in April.

1993 - A consulting firm hired by the City of Wauwatosa to study fire operations and costs, recommended decommissioning one ladder company and increasing staff to 4 firefighters at the remaining two ladder companies. The report also recommended replacing the ladder trucks with quint apparatus and constructioning a fire training tower.

1996 - WFD obtained a grant to purchase the Fire Safety House for public education.

1998 - WFD hired our first 2 female firefighters. The first quint apparatus arrived and was placed in service at Station #2.

2004 - The Child Safety Seat program was established. WFD obtained a grant to purchase a squad apparatus.

2010 - June 5, new headquarters, located at 1601 Underwood Avenue, were dedicated. We purchased personal protective equipment (PPE) with grant funds. The International City/County Management Association (ICMA) was commissioned by the city to study the WFD.

2011 - Many changes were made as a result of the ICMA study and the Budget Repair Bill. WFD began pursuing Fire Service Accreditation. Chief staff returned to a traditional management structure of Crew Chiefs.

2012 - The Wauwatosa and Milwaukee Fire Departments began working together at significant incidents. Later, North Shore, West Allis, and Greenfield Fire Departments would agree to participate in what is now called Shared Services. An agreement was reached with North Shore Fire Department to share mechanics, reserve fleet, and a Training Academy. The first Fire Department Strategic Plan was published, a new Pierce Engine was placed in service, and mobile data terminals were installed in all apparatus.

2013 - The Wauwatosa Fire Department participated in multiple community disaster preparedness exercises and the city's department directors were trained to work in the Emergency Operations Center (EOC). A public-private partnership known as the Tosa Area Preparedness Partners or TAPP was facilitated. Telestaff scheduling and payroll software was implemented and an AFG Grant was obtained to replace all self-contained breathing apparatus (SCBA). Two new Horton Ambulances, a Command Car, and a pickup were placed in service.

2014 - We purchased new radios to stay with Milwaukee County 800 Radio System. A new training software called Target Solution was implemented and a new Pierce Quint was placed in service. The North Shore and Wauwatosa Fire Department agreed to share a Battalion Chief of Training and a hiring process. The Wauwatosa EOC was exercised twice and then was activated for civil unrest following the shooting of a homeless man in Milwaukee. 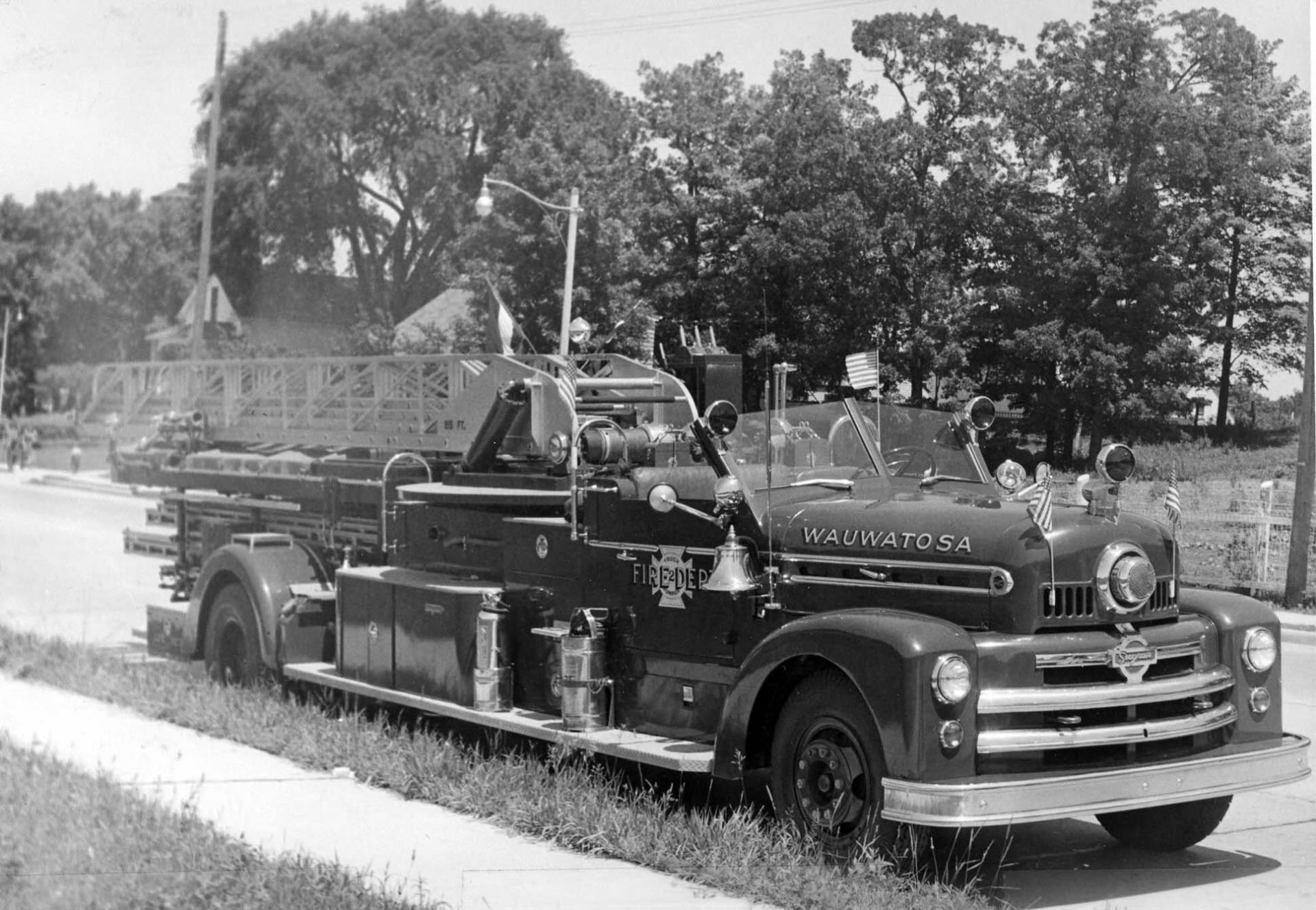 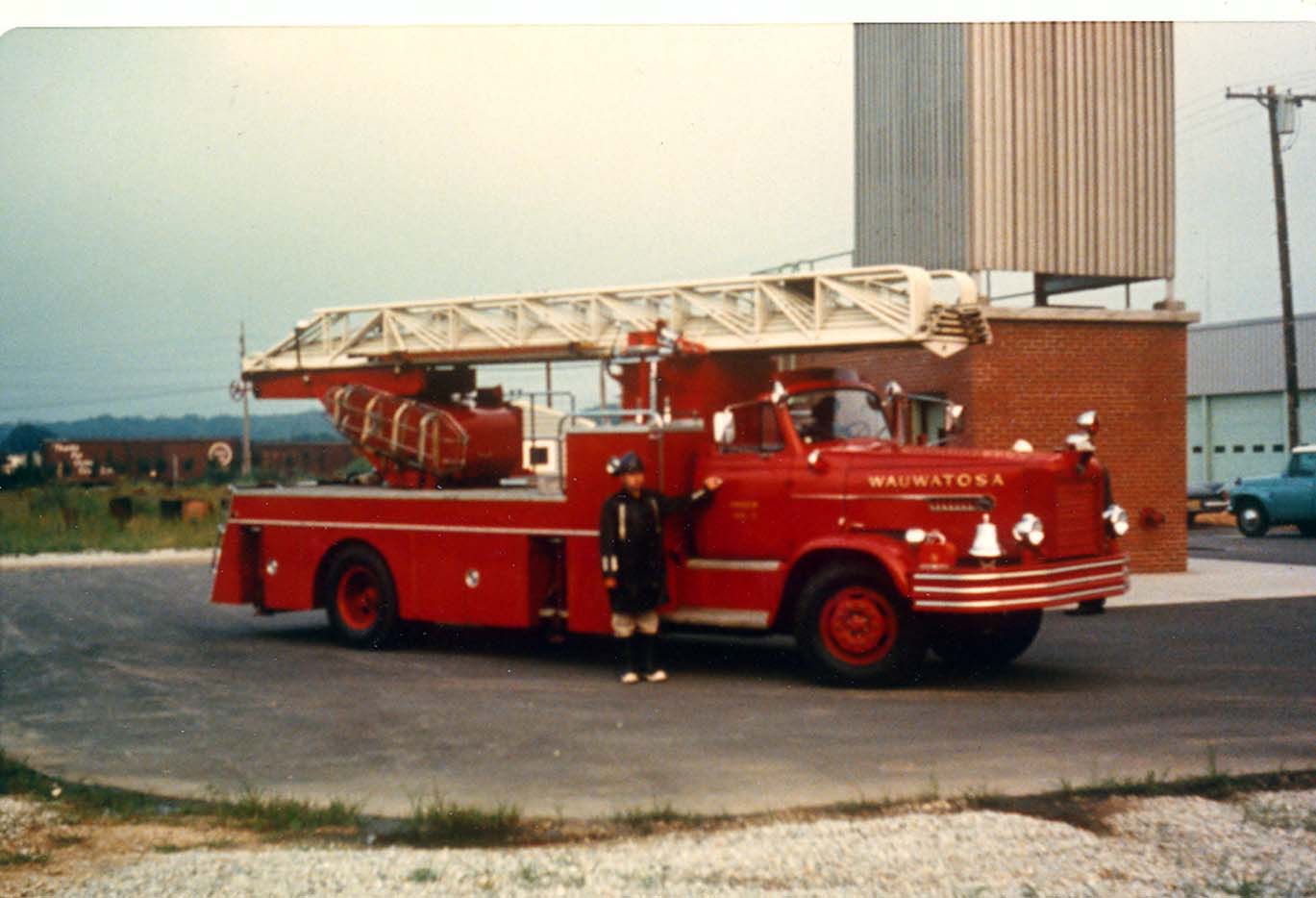 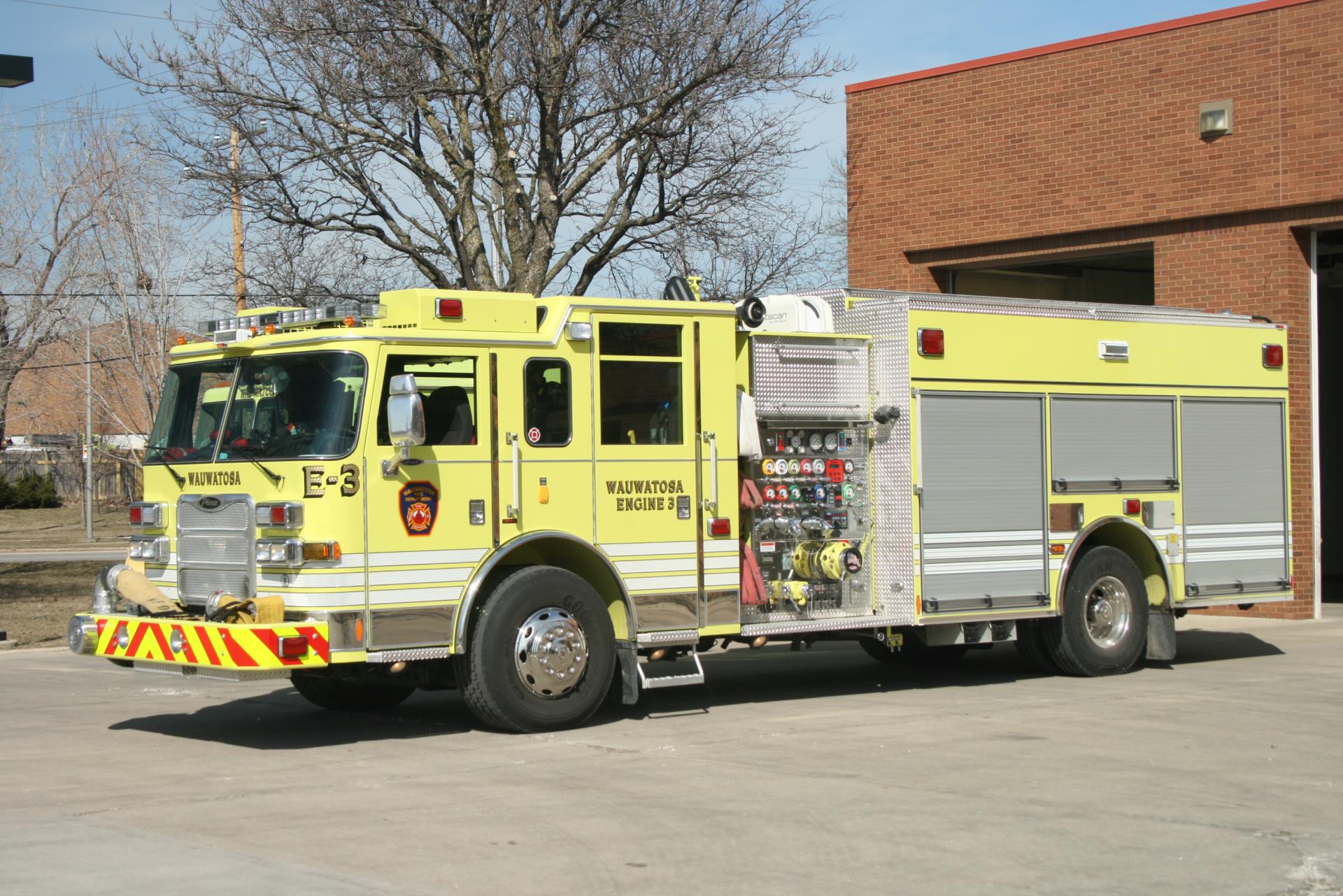